An exploration of the potential, and limits, of language

Words move me. As a child whenever I’d feel overlooked (which was often, as the oversensitive eldest of four) I’d scribble down my hurt feelings on paper scraps and leave them in obvious places for my parents to find. Shy and envious of those blessed with verbal wit, I’ve always found more comfort and meaning in written words. I still have the scrapbook my teenage Scottish pals made for me when I immigrated to Canada and I’ll keep a card if the words are meaningful. I like that I can always return to words, especially those written to me, and feel something—usually better. This emotional appeal of personal words, the recognition of their power to uplift and a rewarding collaboration for a friend’s 30th were the forces that compelled my partner and I to create Fondfolio.

Words are powerful not only for their ability to provide comfort, but also for the way they can summon something into being, or at least build a bridge to a realm where it enters thoughts, discussions, and is someday understood. Take, for example, the relationship between gender and available language—what becomes possible when you can give definition to an experience because someone else has named it, given it a shape? English in comparison to other languages is particularly clumsy at describing complexity, especially when it comes to feelings (as illustrated by this beautiful catalog of untranslatable words. Jeffrey Eugenides perfectly articulates this limitation in his novel Middlesex:

“Emotions, in my experience, aren’t covered by single words. I don’t believe in ‘sadness’, ‘joy’, or ‘regret.’ Maybe the best proof that the language is patriarchal is that it oversimplifies feeling. I’d like to have at my disposal complicated hybrid emotions, Germanic train-car constructions like, say, ‘the happiness that attends disaster.’ Or: ‘the disappointment of sleeping with one’s fantasy.’ I’d like to show how ‘intimations of mortality brought on by aging family members” connects with ‘the hatred of mirror that begins in middle age.’ I’d like to have a word for ‘the sadness inspired by failing restaurants’ as well as for ‘the excitement of getting a room with a minibar.’ I’ve never had the right words to describe my life… ”

That’s not to say that complex concepts don't exist in English. Shakespeare made a name for himself summoning memorable new words and phrases into the vernacular—unusual combinations that we still use today like mad-cap, eyeball, what’s done is done, dead as a doornail, dog will have his day, foregone conclusion, in a pickle, knock knock / who’s there, alls well that ends well, a sorry sight.

By embracing complexity, words can allow us to feel more connected to our humanity, but even languages adept at capturing emotional nuance, like German, obfuscate in other ways. In her popular book Braiding Sweetgrass Robin Wall Kimmerer points out that in noun-based languages, like English and German, humans are the only “beings” and everything else—plants, animals, are “things”:

“In English we never refer to a member of our family, or indeed to any person as ‘it’. That would be a profound act of disrespect. ‘It’ robs a person of selfhood and kinship, reducing a person to a mere thing. So it is that in Potawatomi and most other indigenous languages, we use the same words to address the living world as we would our family. Because they are our family.”

Kimmerer goes on to discuss what she calls the grammar of animacy in her indigenous language, Potawatami, and how this understanding of beingness extends to things that, in English, we would consider inanimate—rocks, mountains, fire, water and even stories. In Potawatami, Kimmerer explains, the designation of inanimate extends only to things that were made by people. To speak this kind of language, where everything in nature is a being, is to be constantly reminded of your relationship to the world around you:

“English doesn’t give us many tools for incorporating respect for animacy. In English you are either a human or a thing. Our grammar boxes us in by the choice of reducing a nonhuman being to an ‘it’, or it must be gendered, inappropriately, as a ‘he’ or ‘she’. Where are our words for the simple existence of another living being?”

Kimmerer hypothesizes that this dominant way of seeing nonhuman beings as objects makes it much easier to disrespect and exploit those things:

“Saying ‘it’ makes a living land into ‘natural resources.’ If maple is an ‘it’, we can take up the chainsaw. If maple is a ‘her’, we think twice ... The arrogance of English is that the only way to be animate, to be worthy of respect and moral concern, is to be human.”

Speaking about ‘things’ in the same way we speak about people, Kimmerer says, also allows us to more easily consider things from their perspectives and learn from them:

“We don’t have to figure out everything by ourselves: there are inteligences other than our own, teachers all around us. Imagine how less lonely the world would be.”

Given the poor state of the natural world, it’s sad to think that this destructive way of thinking and speaking is only becoming more popular while languages with a core of respect for nature are dying. But language is also a living thing, always in flux, so maybe there’s a way to right these wrongs, perhaps one solution might be to create a new pronoun for nonhuman persons?

According to experts we’re losing our linguistic diversity quickly, at a rate of about 30-50 languages per year, as we move towards one global language. Even though we use it to collaborate, language also evolved to establish our identity, to exclude and prevent cooperation between tribes in order to protect our ideas (and our genes). It’s hopeful that this will help us live together in greater harmony, but it’s hard not to think about the complexity, nuance, and different ways of seeing that may be lost along the way.

Language has the power to illuminate, but it can also be used to intentionally obscure. This is clear when we look at how we talk, in English, about the destructive impact of humans on the planet. One of my favourite podcasts, The Allusionist (whose sole focus is words), dives deep into the murky waters of climate vocabulary and explores how it’s changing as the rate and impact of our destruction get critical. Amy Westervelt, a journalist and podcaster covering climate change, describes how the term Climate Change was actually popularized by a right wing PR guy named Frank Luntz (part of George W. Bush’s administration in the early 2000s) in an attempt to downplay the seriousness of our environmental impact — they thought it sounded more natural.

The episode goes on to note that newer terms such as Climate Crisis and Flight Shame indicate an end to industry’s control of this language—linguistic glimmers of hope amid the climate chaos. Another terrifying testament to the destructive power of words are the 60 words of legal language used to justify the Iraq War.

Despite their potential for weaponization Mark Forsyth, who writes a lot about language, argues that reality actually changes words far more than words change reality. He illustrates this with the origin story for the selection of the title “President” for George Washington after America had just achieved independence:

“The House of Representatives didn’t want Washington to get drunk on power. They didn’t want to call him King in case that gave him ideas, or his successor ideas. So, they wanted to give him the humblest, meagerest(ph), most pathetic title that they could think of. And that title was president. President. They didn’t invent the title. I mean, it existed before, but it just meant somebody who presides over a meeting. It was like the foreman of the jury.”

The reality of the role of President of the United States of America, meant that this word came to represent something very powerful. So powerful in fact that over a hundred other countries adopted this title in their government.

The limitations of a language can also be a powerful protector—shielding us from less desirable feelings, like regret. In his TED talk The Dark Side of the Subjunctive linguist Phuc Tran describes his experience with the creative yet cursed power of coulds, woulds and mights and how that compares with the indicative reality of his native Vietnamese. As is always the case, one way isn’t better, both can change the way we think in compelling ways. The subjunctive allows us to look forward with possibility—propelling progress by imagining things that don’t yet exist, like sending humans to Mars. In that gap between where we are and where we want to be the subjunctive helps us get more comfortable with uncertainty.

Wishing we were someone else can be motivating, but it can just as often be depressing and deflating when we don’t think we’re living up to that standard—compare and despair, as we humans do. Should have doesn’t improve the present, it fixates us on what we’re not. Not having the language to describe alternate realities, as is the case with Vietnamese, means there’s only what happened and what didn’t happen and, consequently, no time or psychic energy spent needlessly dwelling. Tran perfectly summarizes the potential and limitations of having and not having access to these verbs in language:

“The subjunctive allows us to be creative, but it also allows us to become mired in regret. The indicative doesn’t really allow us to be imaginative at all, but it does allow us to talk about ourselves and our experience in real terms, especially if we have the courage to embrace that reality.”

Spoken words account for only about half of our communication, a lot of what humans say is non-verbal. Knowing this makes it easy to understand why text, calls or even video chat will never feel as satisfying as a face to face conversation—where all our body language is on display without delay. The limitations of text-based communication are only heightened when there’s a word count. In his novel The Plague Albert Camus succinctly illustrates this frustration:

“People linked together by friendship, affection, or physical love found themselves reduced to hunting for tokens of their past communion within the compass of a ten-word telegram. And since, in practice, the phrases one can use in a telegram are quickly exhausted, long lives passed side by side or passionate yearnings soon declined to the exchange of such trite formulas as : ‘Am well. Always thinking of you. Love.’.”

Hopefully we understand that all languages, as with any tool, have their limitations — words are just one facet of our social being and in the mode of the time, like art. And, as with any abstraction, they’re open to some degree of interpretation. So let’s try to speak plainly, not dwell on what should have been and, especially if written communication is all we have, it’s best to assume positive intent.

Compliment these words on words with this beautiful visual: a 3 minute film by Everynone that subtly captures the wide array of associations of some everyday words. 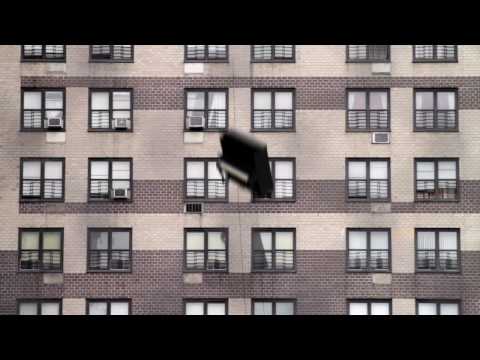 Questions? We’re here to help.
Visit support or Give us feedback
We value your words.

Proudly made in Toronto & Berlin